Plug Valve Vs. Ball Valve: What are the Differences?

Control valves are an integral aspect of any production setup where you need to monitor, control or manipulate the flow of a fluid medium through a variety of piping areas of a system. Control valves come in two types – plug valves and ball valves. Even though there are some differences in their overall structure and functioning, both valves are quite similar in their overall purpose and are often used interchangeably in many applications.

Whether it is oil and gas, chemicals, petroleum refining, wastewater, sewage, or even food and beverage industries, control valves have a wide range of applications across several different industries. Choosing the right type of control valve is critical in ensuring the safety and efficiency of your systems. Hence, it is important to understand their structure, functionalities, and other aspects, such as cost and maintenance.

Here’s a closer look at the two types of control valves:

Featuring a conical tapered or a cylindrical disc, a plug valve controls fluid movement through one or more passages that go sideways through the plug. When the valve is open, the hollow passage aligns with the flow, allowing the fluid to flow freely. A 90-degree rotation closes the valve and realigns the plug to block the flow.

With a compact structure, easy operations and maintenance, and compatibility with water, natural gas, acids, and solvents, ball valves are suitable for a variety of systems. Ball valves are a good fit even for the working conditions of harsh media, such as hydrogen peroxide, methane, ethylene, or oxygen. While traditional gas shutoff ball valves are most suitable for open and close functionality, the more advanced or customized versions provide flow control, as well as throttling capabilities. 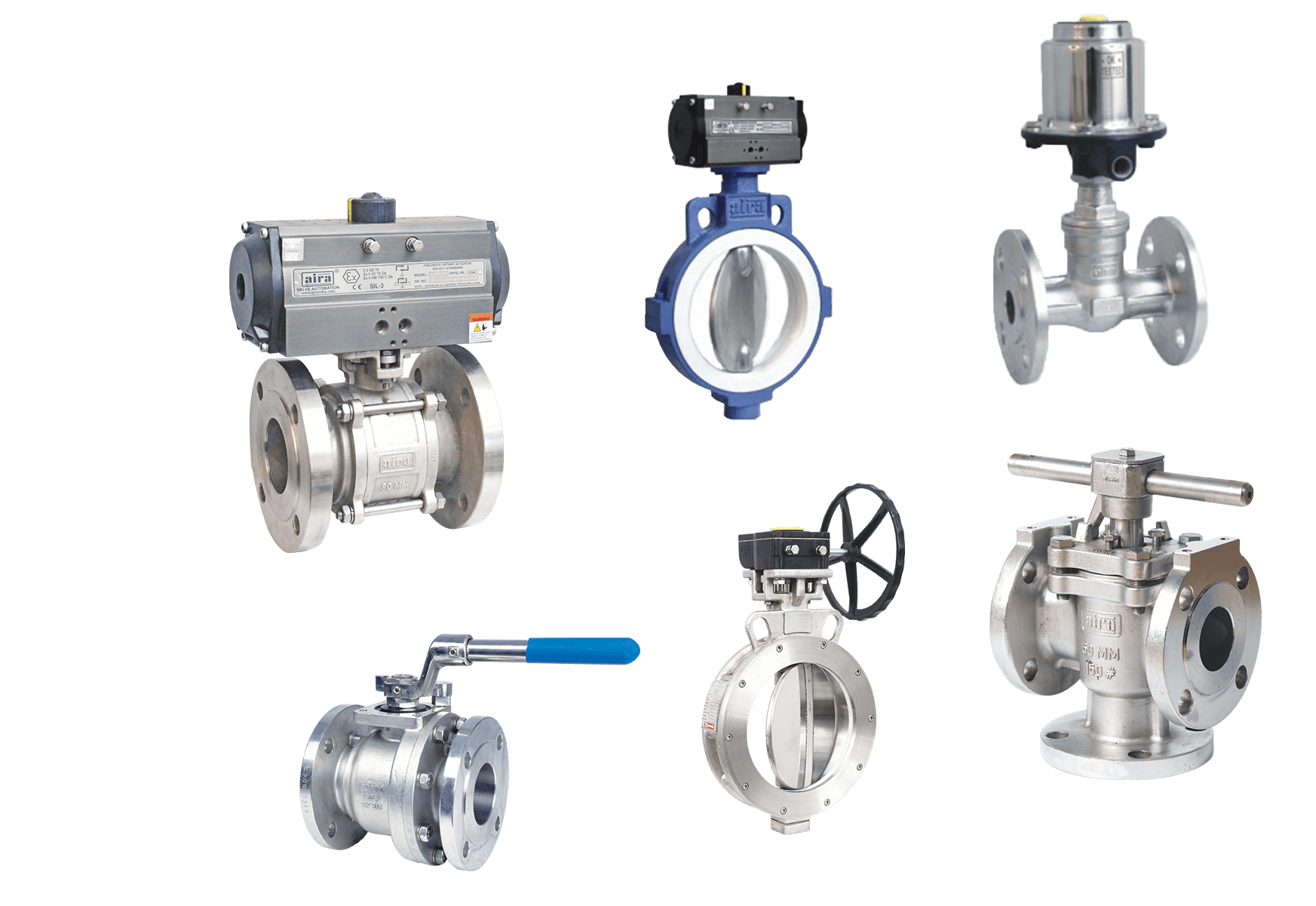 Both plug valves and ball valves are quarter-turn valves that open and shut with a quick 90-degree turn of the actuator. Their primary use is for sealing and shut-off operations. However, the sealing surface of the plug valve is significantly larger than that of a ball valve. While this translates to better sealing qualities, it also means greater torque and more effort in operation.

Due to their torque-free operation and lightweight, ball valves are relatively easier to operate than plug valves. Although their smaller sealing surface could mean low sealing performance, advancements in seal injections and chemical sealants have helped in addressing this shortcoming.

Both types of control valves need regular maintenance to function efficiently. Plug valves are relatively easier to maintain as they have a simple construct and not many moving parts. Moreover, you can remove and clean the plug and also easily access the rest of the valve body for hassle-free cleaning.

Ball valves are tougher to clean as the ball or disc sits deep inside the valve, making access difficult. Over time, the body cavity of the ball valve may accumulate particles from the medium which further adds to its cleaning and maintenance hassles.

Overall, plug valves offer low-cost operations, as compared with ball valves. This is because, in the plug valve, the plug fits under the bushing, which keeps the valve body and plugs free from wear. Simply replacing the bushing and top seal is sufficient for updating and maintaining the valve’s optimum function and long-term service requirements.

The larger surface and unrestricted flow enabled by plug valves make them ideal for applications that involve mud, slurries, or sewage. Fortified plug valves provide tight seals while dealing with hard or corrosive mediums. Their simple structures, ease of operations and maintenance, and anti-corrosion qualities make them a reliable shutoff option for most critical applications.

Choose the Right Type of Control Valves for Your Application

The purpose of ball valves and plug valves is to offer greater control. They are called control valves for this reason as they ensure the ideal seals for various industrial applications. It’s important to recognize the differences and capabilities to choose the correct valve.

While more expensive and heavier for operations on a larger scale, plug valves rank higher on their tight sealing capabilities. It is true, however, that they are not easy to operate. When you have a larger application that requires an easier operation, ball valves are a better choice. Keep in mind though, that their sealing capabilities are not as tight as plug valves. To improve the sealing ability of a ball valve for your large-scale application, you may need additional technology and updated mechanisms.